Campaign variables are a new way to build texting campaigns from templates or past campaigns. Campaign variables save you time and allow you to re-use robust scripts, by changing key variables in one place but leaving the structure of your script intact. Retrofitting a script to use campaign variables takes some time to do, but saves you time in the long run. 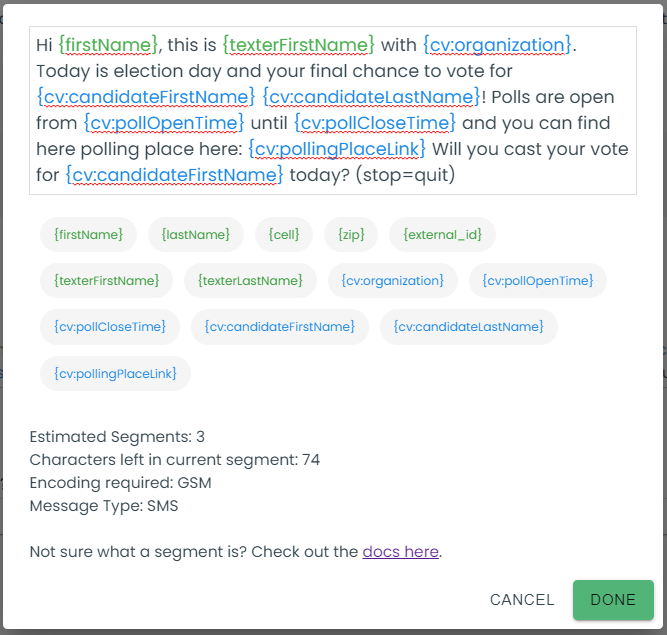 How to begin using campaign variables

1. To begin using campaign variables, either copy an existing campaign, use a template, or start a new campaign from scratch. 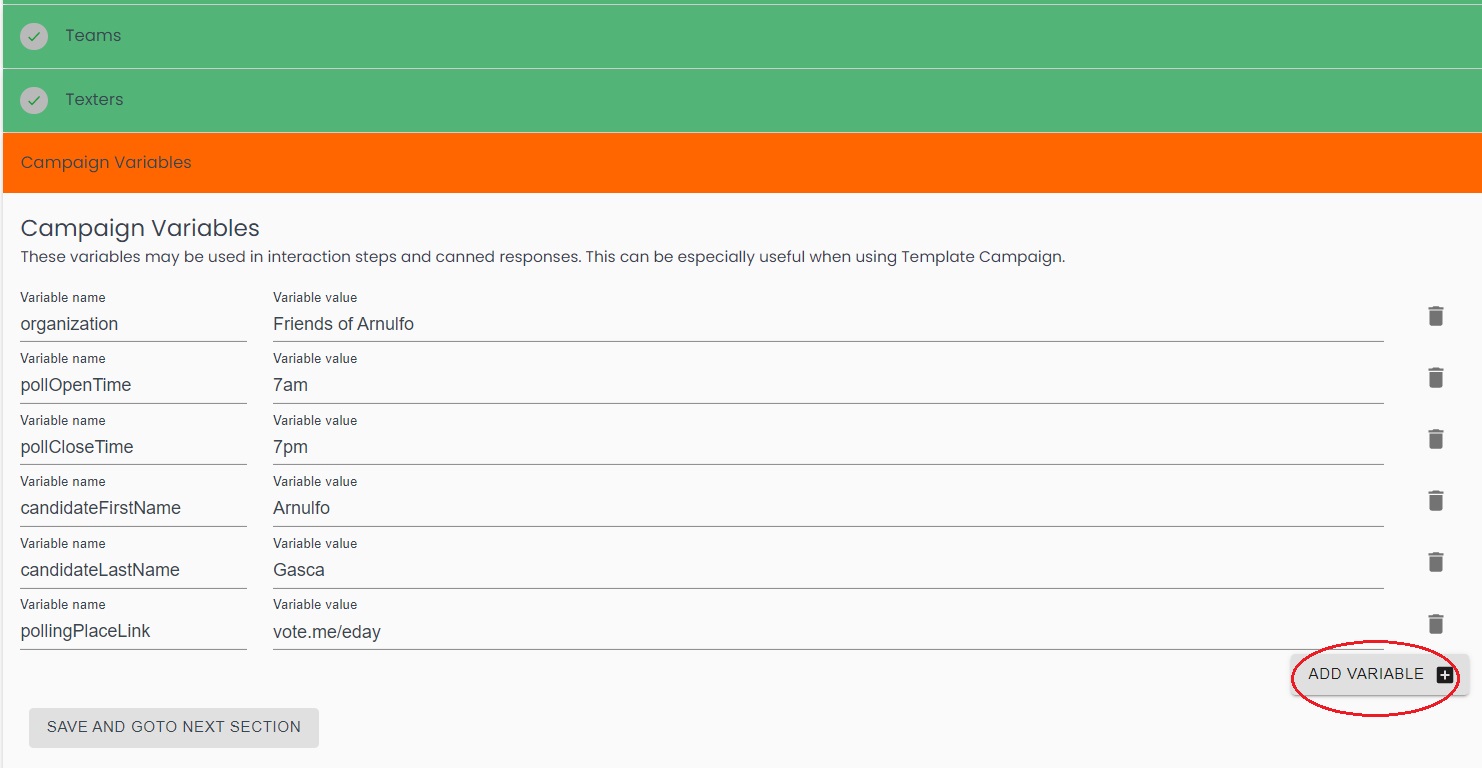 3. Hit save and move to the interactions section.

4. Now begin editing all the parts of your script that you'd like to change and replace with campaign variables. For an existing script, this will look something like the below image, where all values from the old script are deleted and replaced with Variable names: 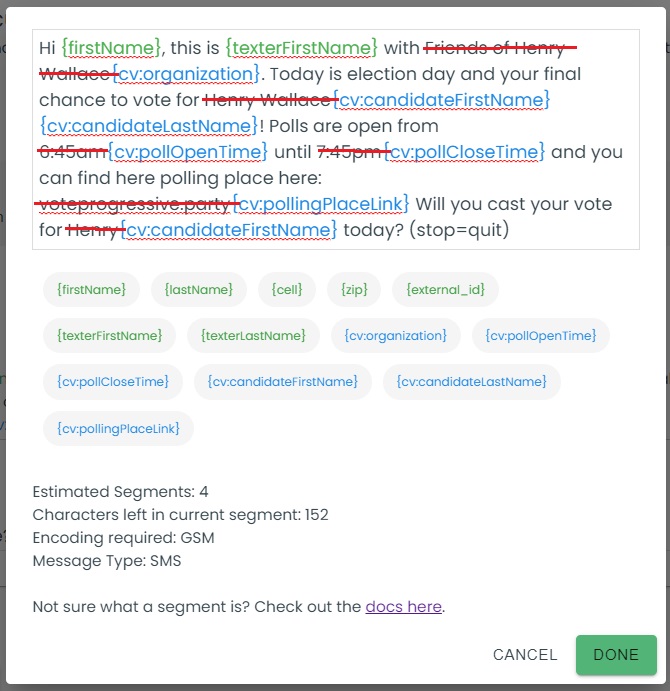 5. Hit save and make sure you have edited the script so that the variables populate correctly. Common errors are a lack of spaces between {cv:candidateFirstName} and {cv:candidateLastName}. Make sure you have appropriate values for all the variables. We recommend that you start the campaign and assign yourself one text so you can see how the message populates before sending these out in batches. Remember to have auto-assign off, until you are ready for these messages to be sent. To use the above example, here's what my message looks like in texter mode:

5. If there are edits to be made, you can switch back to the interactions tab and make those changes. Changes can be made to initial messages BEFORE they are sent. Make sure that campaign variables look good, not only in the initial message, but in the rest of your script as well.

6. You've made a campaign with Campaign Variables. Now what?

Be on the lookout for our library of Campaign templates, which Spoke Rewired users will soon have access to.