Script preview allows you to see a campaign's interaction script and canned responses in a clean and organized format. This can be helpful to have open on a separate tab as you build your campaigns, if you need to share your campaign with another team member to get feedback or approval on a script, or if you want to give your texters a more holistic view of the campaign they're working on.

1. Select the campaign from the Campaigns page of the administration dashboard.

2. Click Open Script Preview. This will automatically open the preview in a new tab in your browser. 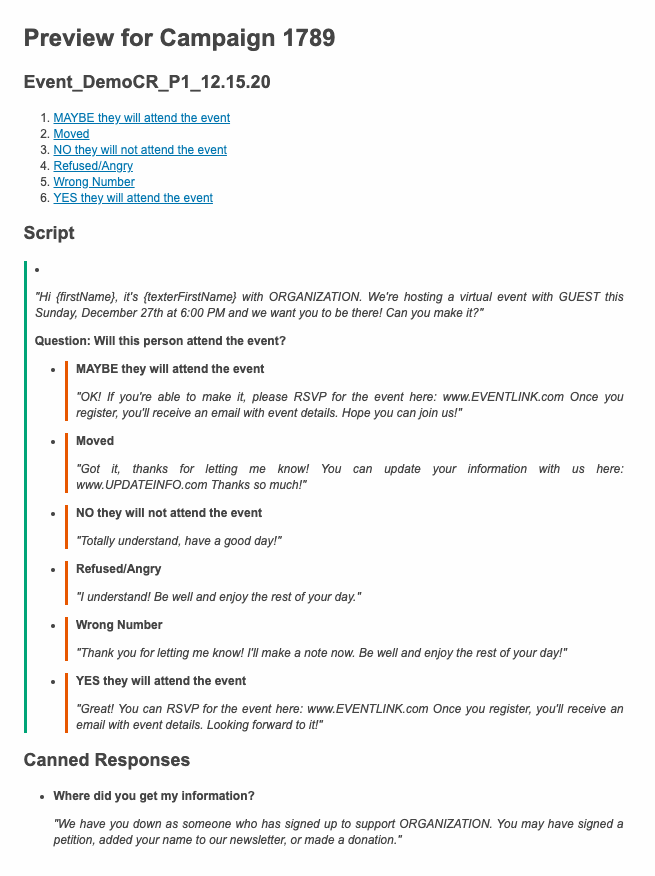